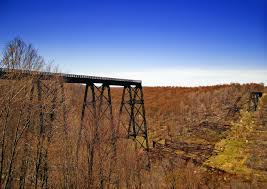 A preacher was driving home one night with his wife and two daughters in the car. It was raining and dark and because of the intensity of the downpour he could hardly see anything. On the way he had to drive over a high and long bridge. There were signs posted along the bridge that said ‘DO NOT PICK HITCHHIKERS’. There was an institute for the criminally insane near the base of the bridge and often people would escape and try and hitch a ride. On this particular night, as he turned his car on to the bridge a man suddenly appeared in the headlights. He was drenched, standing in the middle of the road with his shirt off, frantically waving it over his head and screaming.

The preacher’s wife began to say ‘Oh please do not stop, try to drive around him’. But the man was unavoidable and there was no way of maneuvering without hitting him. So he had to stop the car and as soon as he did, the man slapped his hand down on the hood of the vehicle; yelling with as loud as he could.
The preacher looked over to his wife and said ‘lock the doors after me’. His family was now crying and pleading with him not to get out of the car. He opened the door and stepped out. Immediately soaked from the rain, he approached the front of the car to grab the man. All of a sudden he could make out what the man was screaming. ‘THE BRIDGE HAS COLLAPSED’ he said; ‘A BUS LOAD OF PEOPLE JUST WENT OVER’.

For a lost and dying world; for people heading to a Christ-less eternity, ‘the bridge is out’. Where are the men and women who will stand in the middle of the road and prevent people from perishing? Hell has opened its’ mouth wide and many are speeding unaware into it. Where are those who will stand in the gap and on the highways and byways of life? Stand and forbid multitudes with the gospel of Jesus Christ from going to such a horrible and permanent place.
[This story has been slightly modified but was originally sent to Pastor from Africa)